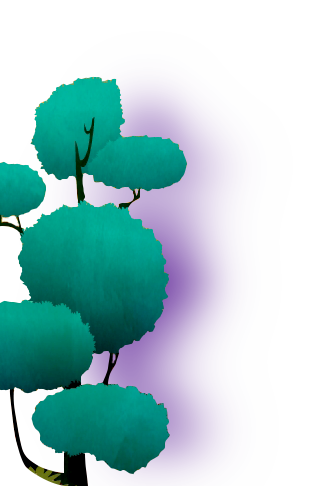 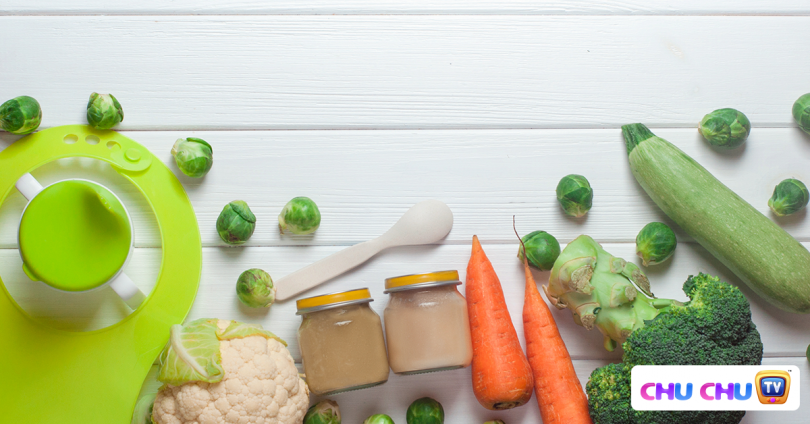 According to the American Academy of Pediatrics (AAP), babies need to be exclusively breastfed for 6 months. After this, parents can introduce healthy baby food to the baby’s diet. Breastfeeding should be continued in combination with solid food for 2 years and beyond, as may be agreeable to both the mother and the child. You can tell that the baby is ready for solid food when they are able to sit comfortably in an infant feeding seat and hold their head up. The baby should be able to open their mouth when you bring a spoon of solid food towards them. Another indication is when their weight has doubled in comparison to their weight at the time of birth. This usually occurs between 4 to 6 months. When the baby is ready for solid food, they would watch you as you eat and may try to grab your food.

Starting solid food for the baby is a big milestone for new parents. However, there are concerns as well since parents are not sure about what first food to give to their baby. It is interesting to note that most communities worldwide have different norms for babies’ first food. The only thing that’s common is that the baby’s first food across most global communities is easily digestible. There appears to be a general awareness globally that babies have a specific requirement for their first meal and they cannot be fed anything randomly. To help you understand better, let’s take a look at the first food for babies from around the world. 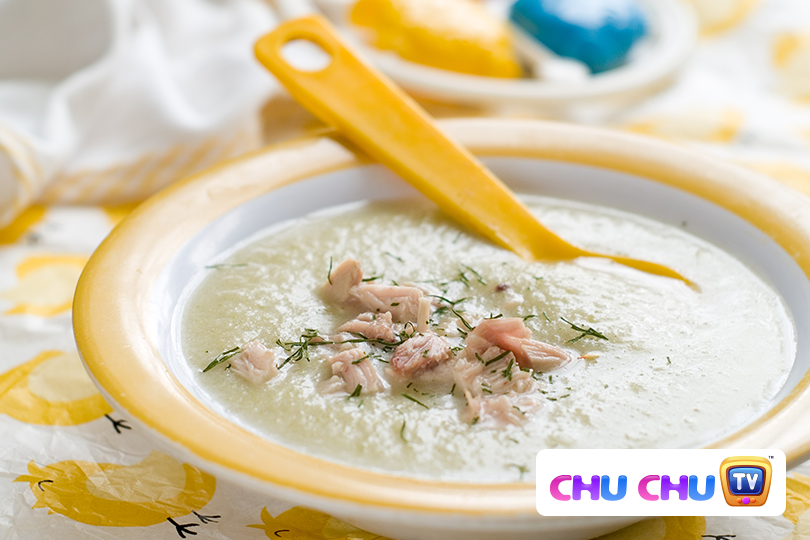 Traditionally, single grain cereals are preferred in the United States. The most commonly used is the white rice cereal. However, parents have now started giving various other first foods to their babies. These may include food items such as sweet potato, butternut squash, avocado, apple, banana, barley and oatmeal. Various other fruits and vegetables are also given to babies in puree form that can be easily swallowed and digested. 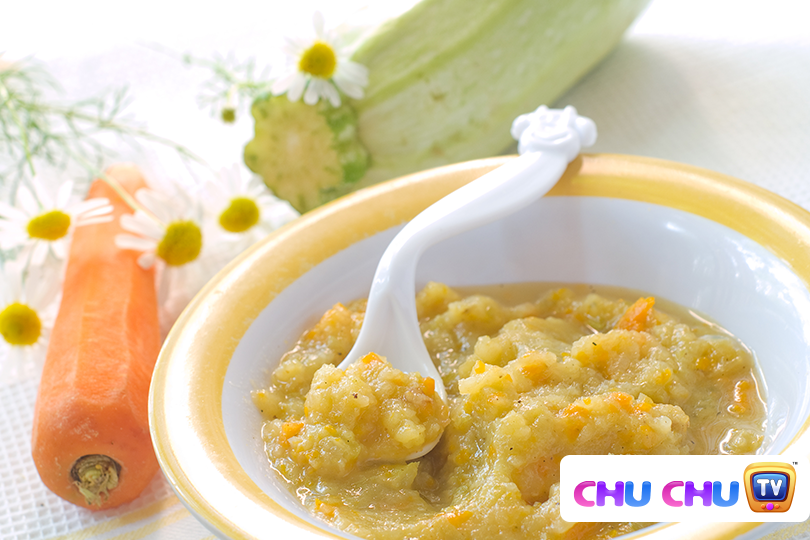 Parents in Canada rely on a wide variety of fruits and vegetables that are given to the baby in puree form. Often, more than one fruit or vegetable is combined to enhance the flavour of the baby’s first food. For example, the first food can be a puree of carrot and parsnip, potato and spinach, broccoli and cauliflower, pear and apple, avocado and kiwi fruit, lentils with butternut squash, etc. 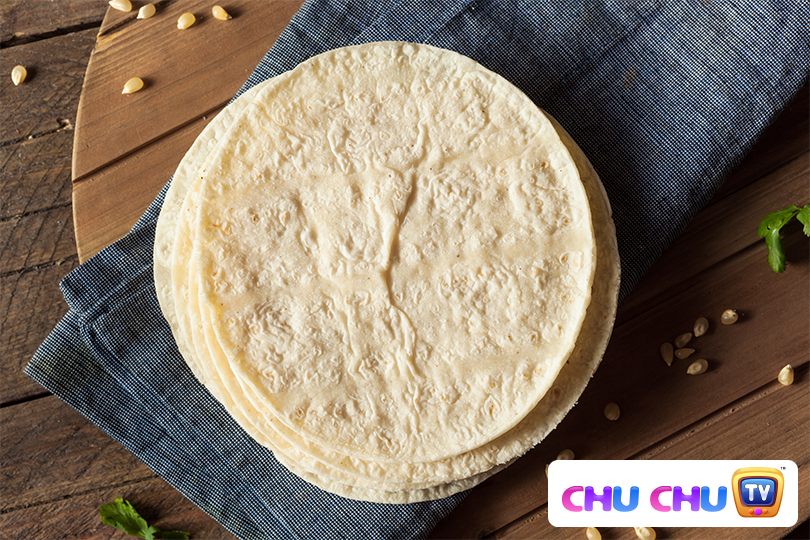 Most countries in Central America including Mexico make preparations with rice and beans to give as the first food to babies. Later, soft tortillas and ethnic soups are given to babies. 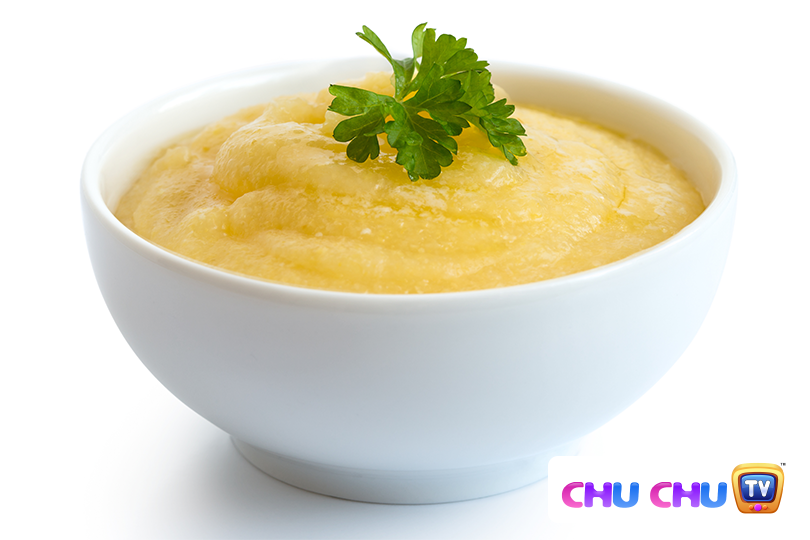 Nigerian families prepare a recipe from fermented maize, which is widely used as a first food for babies. In the local dialect, it is called Akumu and Ogi. The maize has to be soaked and strained several times to get the natural sour taste. It is then cooked and made in puree form before giving to the baby. Some communities in Nigeria also use whole grain flour, vegetables and beans to prepare recipes that are used as first food for babies. 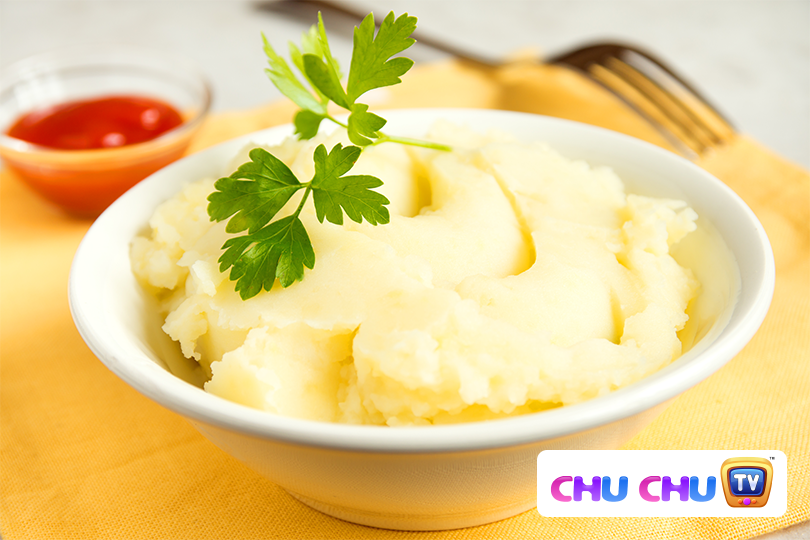 Here, the focus in on vegetables. The first food for the baby is usually cooked potatoes in puree form. Potatoes are tasty and easily digestible, which makes it appropriate as a first food for babies. Later, other vegetables are also introduced. These include spinach, carrots, zucchini, baby chard, leeks, green beans and green peas. A little cream cheese is added to many of these vegetable purees to enhance their texture and flavor.

Parents in India use a preparation of boiled cracked wheat called ‘daliya’ to give to their baby as the first food. The cracked wheat is cooked in milk or water with some sugar till it acquires a syrupy consistency. Another common option is a soupy preparation of rice and lentils called ‘khichdi’. The rice and lentils are cooked in water with some salt and turmeric till it acquires a soupy consistency. The preparation can be given to the baby as is or some plain yogurt can be added to it. 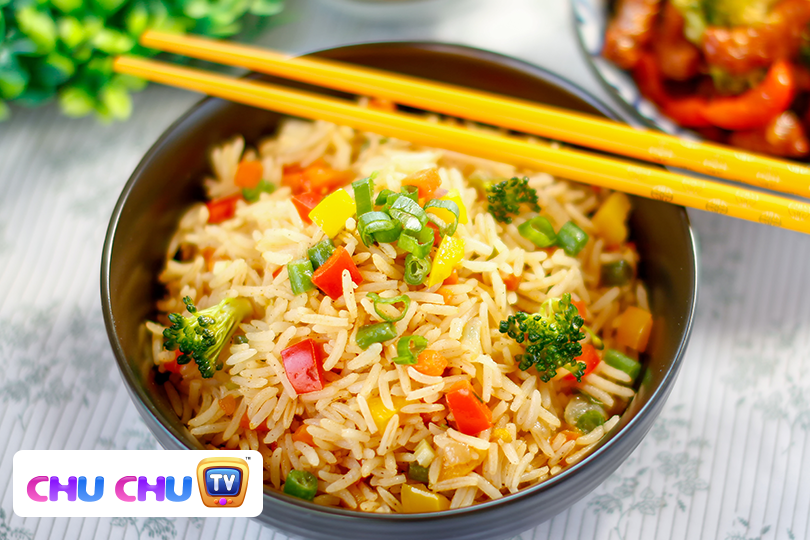 People in China prefer to use dishes made from rice in combination with various fruits and vegetables. The rice is cooked along with vegetables till it becomes soft and thick with a pouring consistency. After the baby starts liking these, other combinations are introduced later such as rice with eggs, rice with chicken, rice with fish, rice with ground pork, etc. 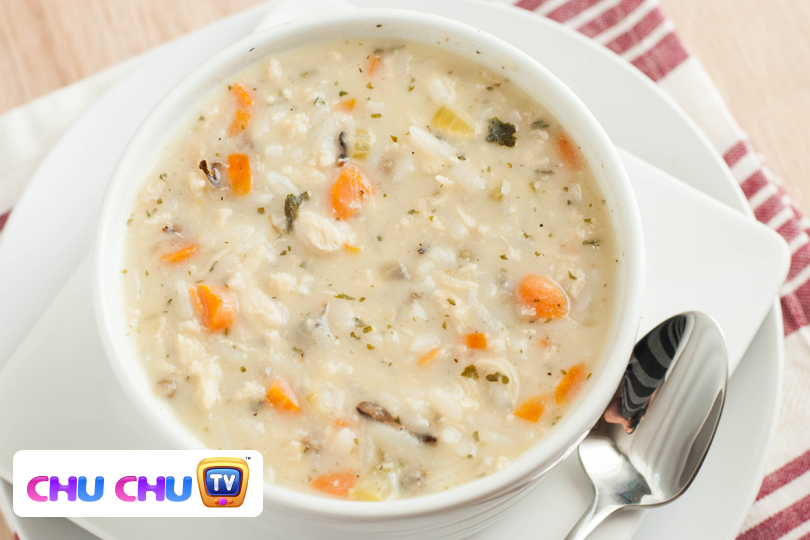 Parents in Japan use a thick soup of rice, which is prepared by first cooking the rice, re-boiling it and finally mashing it. Bread is also used after mashing it to create a paste like consistency. The rice and bread can be combined with potatoes when used as first food for the baby. Later, various other fruits and vegetables can be combined with the mashed rice or bread. 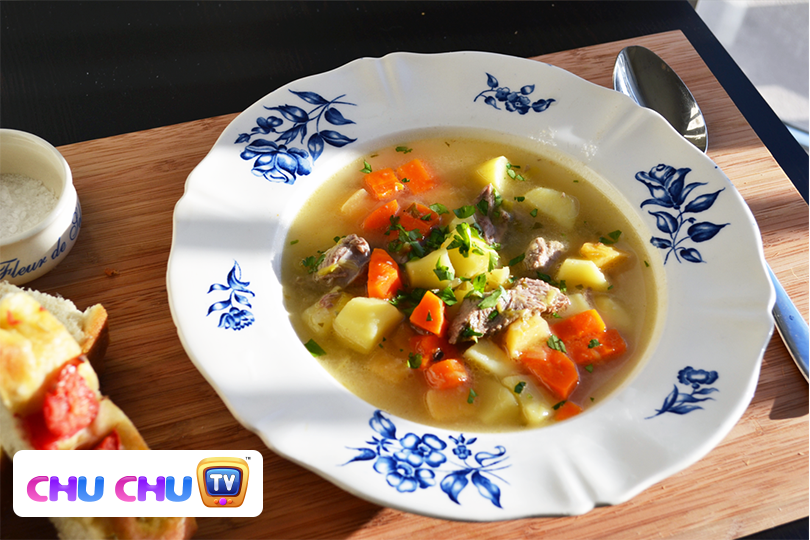 The Inuit people inhabit the Arctic regions of the world including areas in Canada, Denmark, Russia, and United States. Since vegetation is limited in the Arctic regions, the Inuit people rely mostly on seafood. The first food for Inuit babies is usually sealing blubber, which has loads of fats and other nutrients such as Omega-3 fatty acids, Vitamin E, Vitamin D, and selenium. The seal blubber is prepared like a soup and some seaweed is added to it. In later weeks, babies are given preparations made from roots, berries, and wild herbs.

When you try to give solid food to your baby for the first time, it’s possible that they may not know what to do with it or they may not like the taste. Often, babies will spill out the first few spoons of their solid food. This can frustrate the baby, especially if they are hungry. As a parent, you need to alternate between breast milk, formula and solid food. The solid food being given to the baby for the first time should only be a couple of teaspoons. The first few sessions should be about allowing the baby to learn to swallow the solid food. You can also track if they are able to properly digest their solid food. Once these milestones have been achieved, you can start adding other food items to their diet. Be watchful of food-related allergic reactions and consult the doctor if you notice anything unusual.