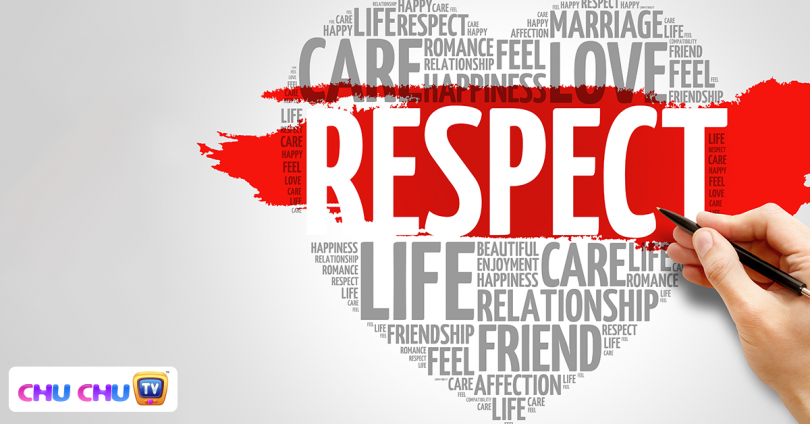 Respecting your parents and elders would be a common courtesy to you, but your kids may have a completely different notion about it. For kids, the world is completely different and they are yet to learn the finer aspects of things. Their behavior is instinctive to the core and there are no social boundaries to limit it. While, their innocence is a virtue, as a responsible parent you have to teach them the social standards. And giving them lessons in respecting you and others is an important part of their progression into the society.

While it is logical to get angry and scold (or yell) when the kid gets disrespectful, but it is not the ideal way to deal with such behavior. To correct their behavior, you have to understand their psychology. In the days of joint families, parents would get plenty of advice and help from other family seniors but the nuclear families have now eliminated that convenience factor. So, here we are trying to help you teach your kids lessons in respecting.

Tip #1: Stay respectful to your children 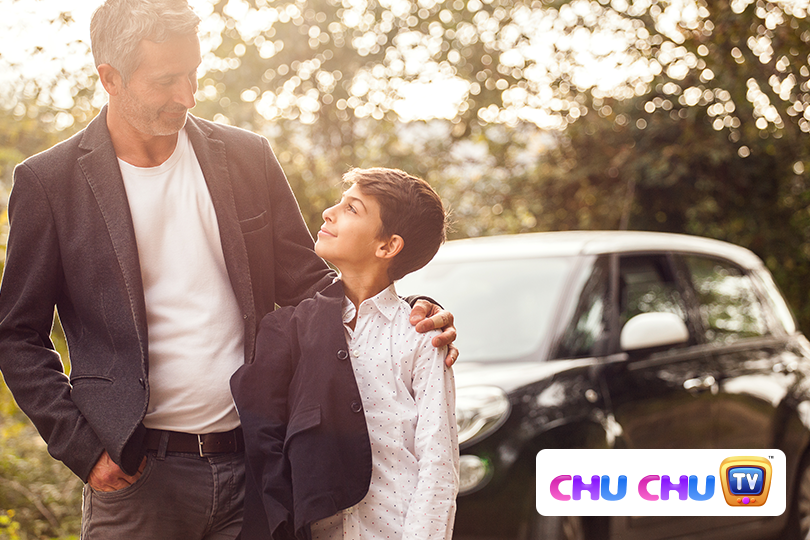 Okay, so your kid is very naughty, stubborn or even pestering, that does not mean you will not show respect while dealing with him. Yes, there will be many instances everyday when you would want to give your kid a mouthful but that will not address the situation. A show of disrespectful behavior towards the kid has a ripple effect in his mind. And repeated acts of being dismissive or sarcastic towards your kids, allows them to learn such behavior from you. They will soon start imitating the behavior you have showcased in front of them. And it would start a new cycle of disrespectful behavior from your children.

Tip #2: Show respect to your partner 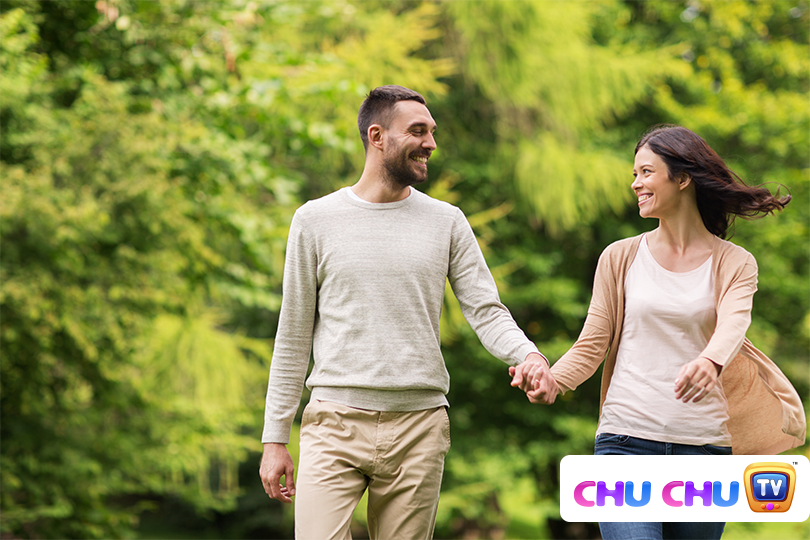 The relationship between the parents has a huge psychological impact on the children. When the husband or wife treat each other disrespectfully, children tend to pick it up very soon. The relationship standards set by the parents often dictates the family dynamics. When the mother and father talk to each other in a loving and respectful tone, a good standard is set for the children.

Tip #3: Teach love and not rules 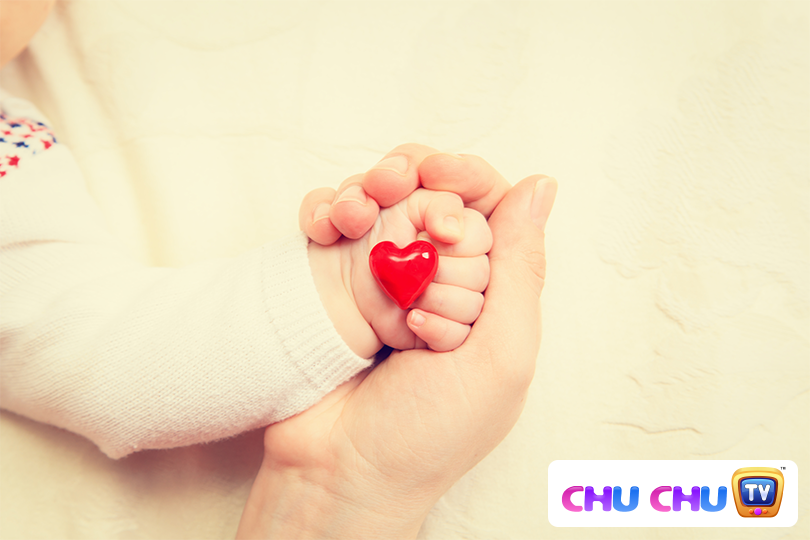 Children can be tamed more efficiently by love than by rules. When you set certain stringent rules and want the kids to obey them, it often breeds rebellious behavior in them. They will take you as a dictator and would soon start ignoring your rules. On the other hand, when you show love while disciplining them, it goes a long way in giving them the right lessons. So, rather than saying “do it because I want you to” use a loving tone to explain why doing the thing you have asked is good. 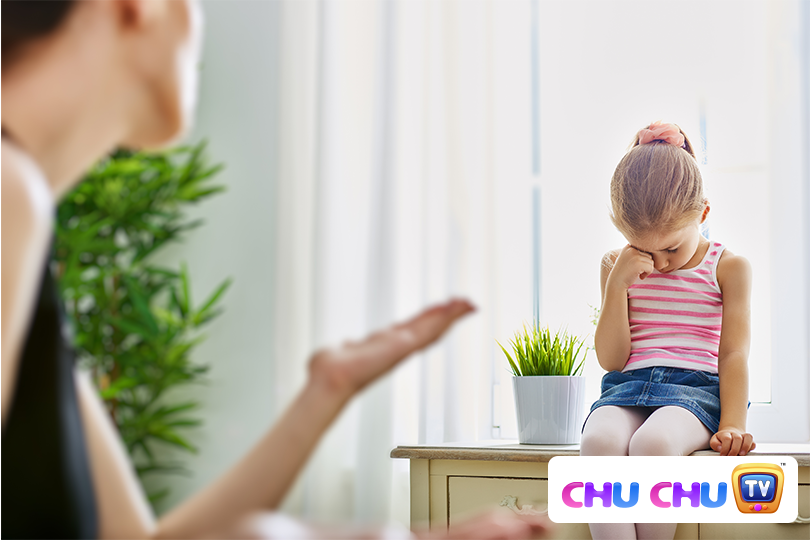 Though you should love your kid and stay friendly with him that does not however mean that you should act like his real friend. Your primary job for now is to teach him the ways of the world. It is your task to train the kid on respecting not just you, but others too. So, when you think that the child is really crossing the line with his behavior you should refrain the child from doing so. Remember: it is always better to scold your kid than any other neighbor reporting about his misbehavior. As the child grows into an adult, your relationship would definitely become more of a friendship, but for now you are his teacher, coach, and guide. 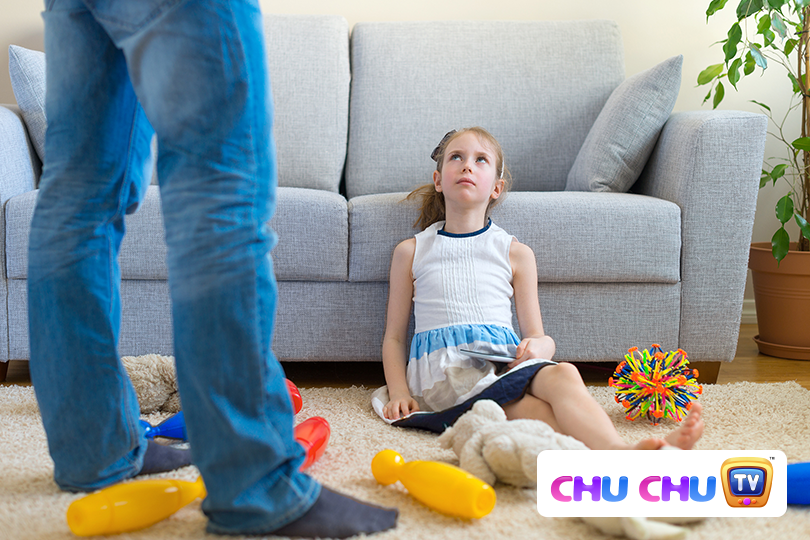 As a parent, you should keep a close watch on the behavior of your kids. Any act of disrespect should be addressed right then. Casting a blind eye for the moment will help you breed such behavior in the kid. As the kid goes through different phases in life and turns into a teen, there will always be fresh challenges coming your way. With each phase, you will see certain changes in the kid’s behavior, so it is important to note the negative changes and intervene right away.

Tip #6: Have an action plan 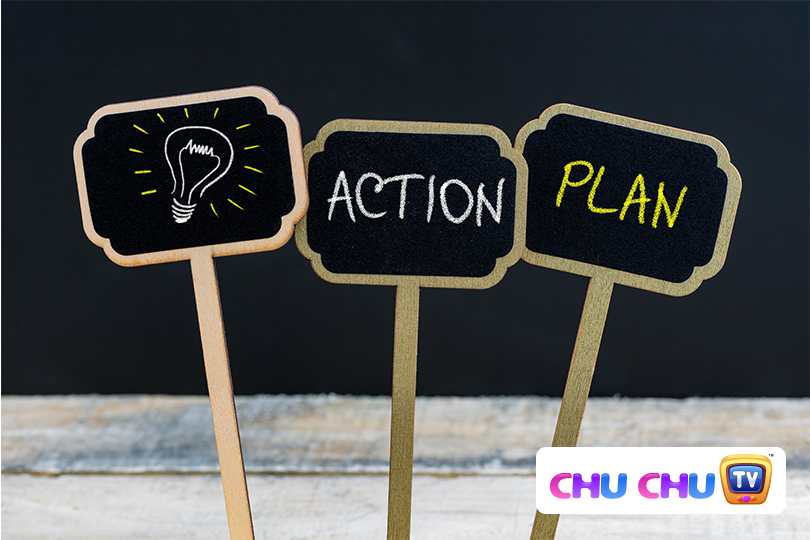 It is important that you and your partner are on the same page about the disciplining your kid. The husband and wife should sit together and discuss about the disrespectful acts of the child and plan on curbing such behavior in the future. You should list some actions that would be taken when the child breaks rules. 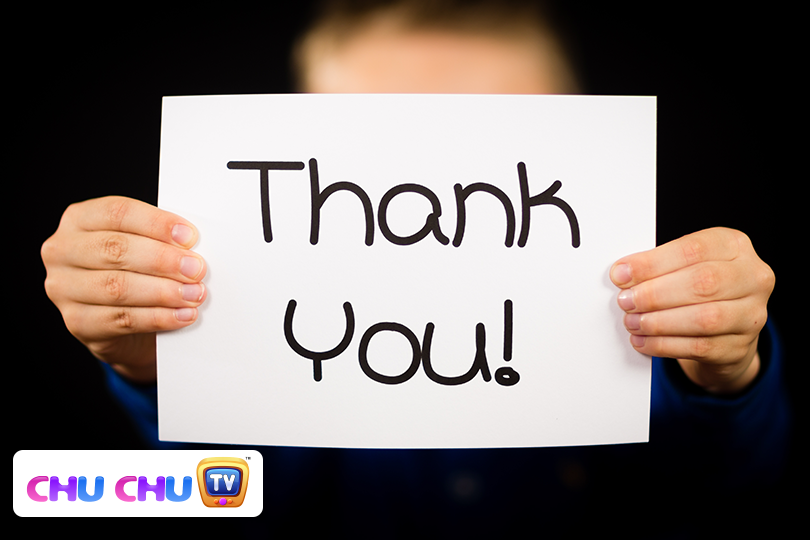 No time is too early to start teaching the kid about words of basic manners such as “please”, “thank you” and “excuse me”. By teaching these words you are giving the child lessons in empathy and it would go a long way when he is interacting with teachers later on. By learning good manners, the child might shred the disrespectful aspect in his inherent behavior. 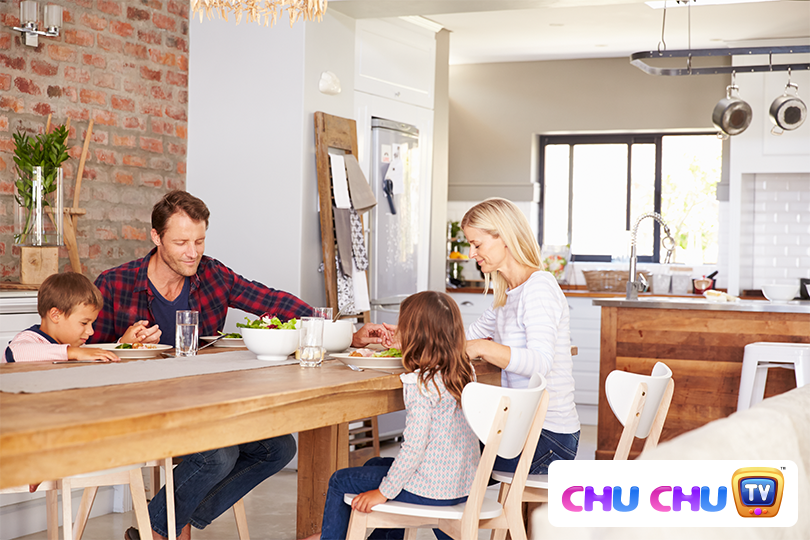 This would mostly mean you, as a parent, need to lower your expectations from the kid. A kid might be afraid of riding in a car or might feel uncomfortable on going out with a large group of 25-30 people. Misbehaving on such occasions is completely justified on the kid’s part, as you have over expected. So, you have to be very logical with the behavioral goals set. Suppose you are going out on a family dinner, explain the behavior expected of the kid and the consequences that would follow if the kid fails to behave. This will allow the kid to understand the expectations and act likewise. Even after this, if the kid does not behave as expected, carry out the punishment as had been conveyed beforehand.

Tip #9: Convey clearly about “what would have happened if…” 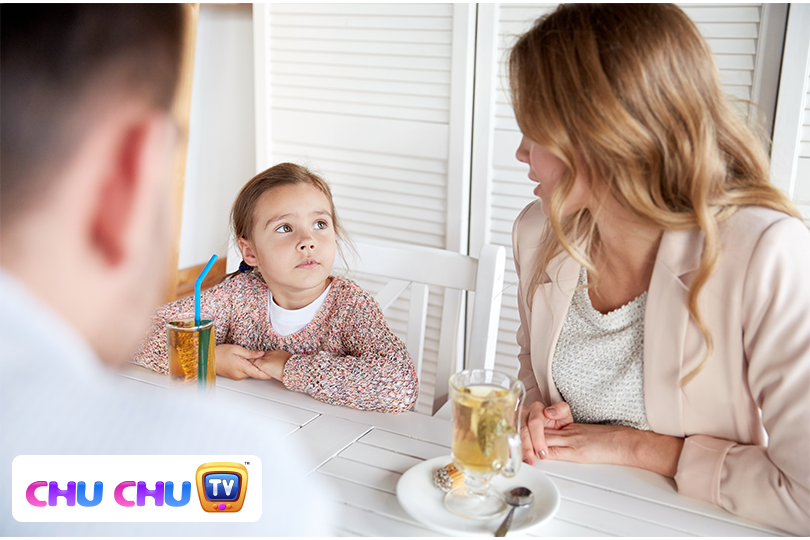 On instances when your child has been disrespectful or rude, do not waste all the energy right away. Let the kid calm down and then explain how things could have been a lot different had he behaved properly. Also, try to listen to his explanation for such bad behavior. While explaining your part, make sure you are being very objective. 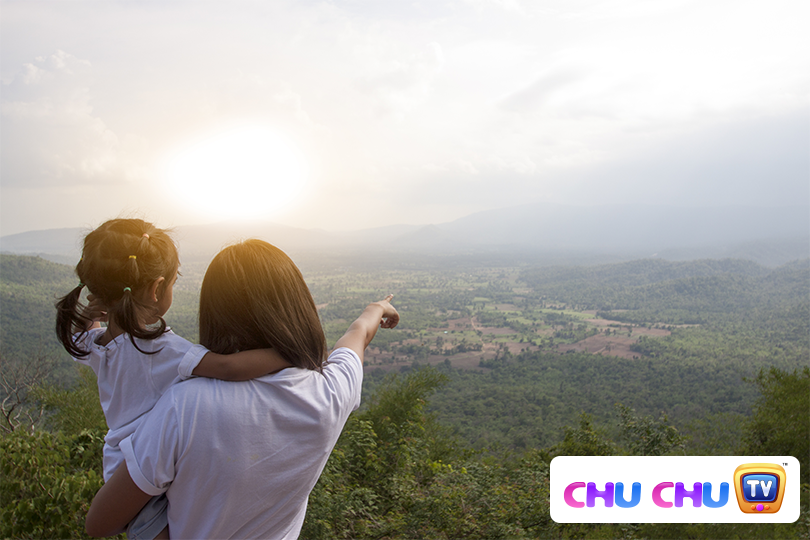 Kids are keen observers and they learn from the acts of their parents. So, if you live with integrity you are conveying the right message across to the kid. By adhering to good work ethics, paying bills on time, helping the needy, talking positively about others behind their backs, giving generous tips and showing respect to poor, you will encourage him to follow your acts. 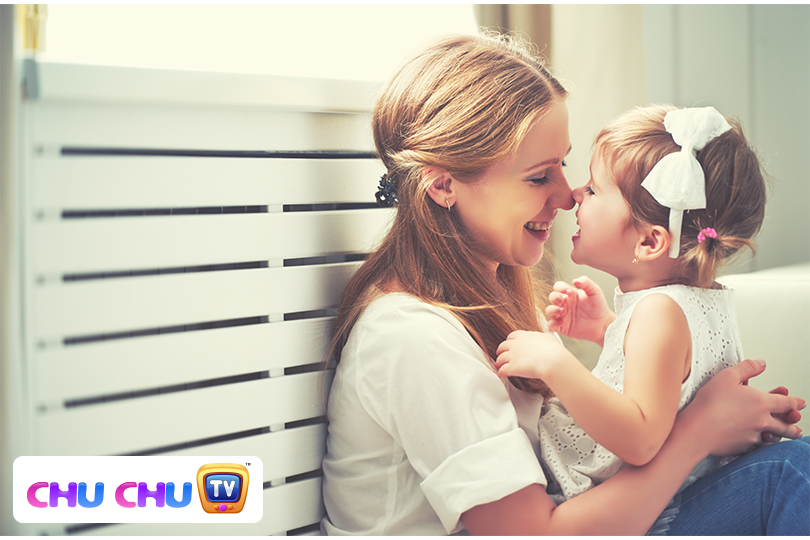 When your child shows disrespect towards you, most of the times you will have the tendency to take it personally. But that is not the right way to approach the problem. A bit of research would show you that the kid next door does the same thing with his/her parents. It is a normal progression in a child’s behavior and one that should be curbed. 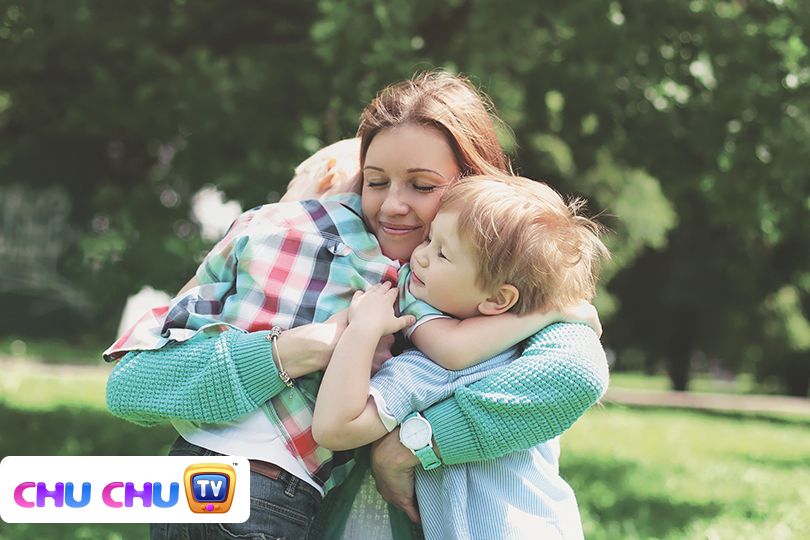 Most parents make the mistake of yelling and shouting at the misbehavior of their kids right away. By doing so you are stooping to their level. As a matured adult you should withhold the reaction. When the child is calm, try disciplining him with phrases stating why the behavior was unacceptable and would be punishable in the future.

Children are an epitome of innocence, and molding them into a good human being is in your hands.