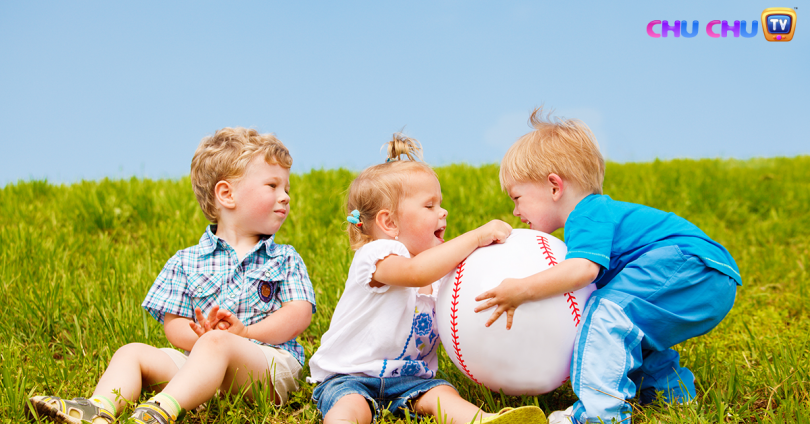 Toddler years can be very tough for your child. During these years, your kid is trying to find his own identity that is separate from the mothers. And in this quest, there are some noticeable psychological changes happening in the kid. Possessiveness is one of the common traits for this age group. As the kid is still not clear about the concept of ownership, he remains threatened of losing things he holds dear. This leads to intermittent cries of “it is mine” and “give that to me”. Like all other stages of life, this sense of possessiveness will pass with time. But seeing your kid being so possessive often gets the parents annoyed. They fear that the present behavior might stick on with their kid, making him a selfish individual.

Yes, addressing the possessive behaviour of the child is essential, but the approach should be very logical and caring. As mentioned before, the child is showing such a behavior due to his inherent fears. You can only change the possessive behavior by counselling and not by scolding. A toy for your son is just his own property, and if some other kid dares to hold it then there is a chance of conflict. There would be many such instances all through the day, and life can get a bit more challenging for the parents. So, we decided to bring you some ways to pacify the possessive behavior of the kid. 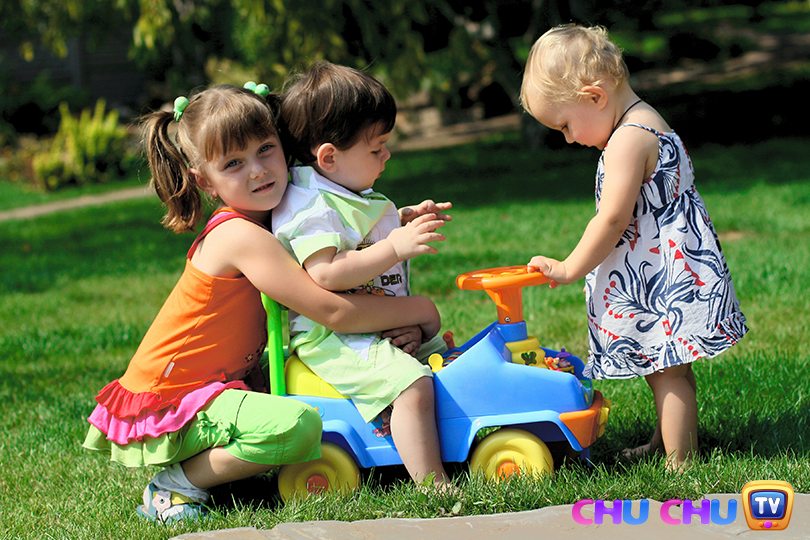 This is a frequent problem parent’s face when they take their toddler out to play in a park. Children have still not understood the concept of sharing, and they tend to hold on to things. So, when your son wants to sit on a swing that is being occupied by another kid, there could be a conflict brewing. The toddler presently sitting on the swing will not want to get down, and your son will definitely insist on nothing but the swing. The simple, yet wrong way, of dealing with the situation would be to drag your son away. The best approach towards this problem would be to ask both the children to take turns on the swing. This turn may be for a couple of minutes for each. That will not only keep both the children happy but also help them understand the meaning of sharing.

#2: Comfort and Reassure them 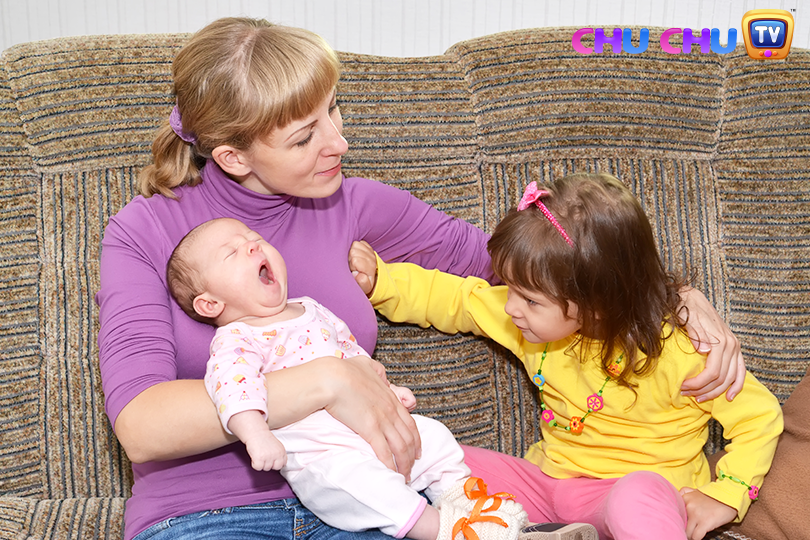 Toddlers have a deep sense of attachment with their parents, and it is one thing in the world that they hate to share. So, if he sees another baby sitting on your lap, he is sure to get annoyed. He will insist you to put the baby away and take him up in the lap. You have to understand that so long your lap was only and only his place and he does not want that (recently) vacated place to be taken up by another. While you may feel embarrassed by such a behavior, it is not wise to shout or scold the kid. Rather comfort and reassure them. Tell them how his mother remains only his, no matter who sits on your lap.

#3: Respect their sense of ownership 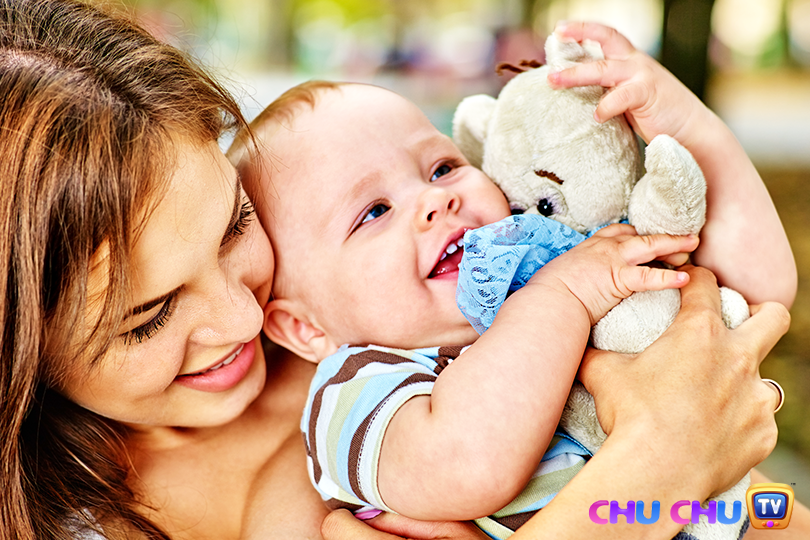 There are many times when your son has a guest and right when the playmate arrives he will ask you to hold on to some toys. He takes this action to stop the guest from playing with his favourite toys. He also feels that the toys will be safe in your hands. Just like you have certain favourite things, which you seldom share, the toddler too has a lot of these things. The only thing is: his innocent mind does not know the art of concealment. The simplest way to tackle such situations is to keep your toddler’s favourite toys hidden before the playmate arrives. This will avoid the conflict. 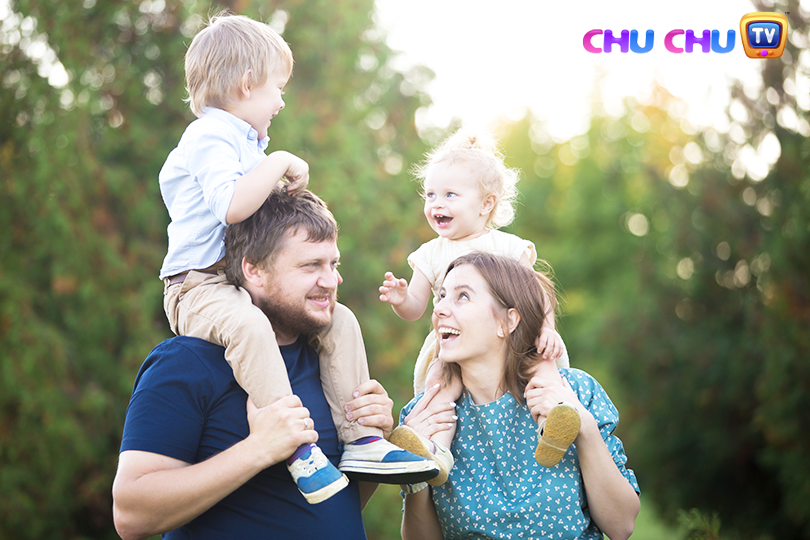 The kid often gives what he gets. One of the many reasons for possessive behavior might be your busy schedule. As a parent, you have a long list of tasks to perform, which keeps you busy all through the day. So, the kid does not really get your due attention. This can make the kid feel lonely and unsecured. While it is not logical to leave all the tasks aside just to sit beside the kid, the other extremity to does not augur well. You should have certain time-slots all through the day, and specifically a chunk of time at night, where you do nothing but spending time with the kid. This will surely address his insecurity concerns. 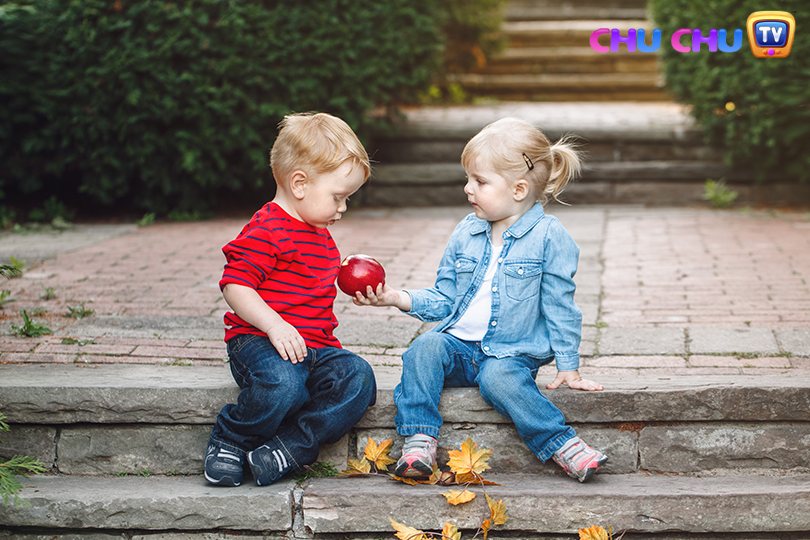 Children tend to imitate the actions of their parents. And this can be used to solve your problem. So, when your friend lends a book from you, use this opportunity to teach the child. Tell him how sharing this book makes you a good friend and how sharing is very important to make friends. If you are watching a movie together and sharing popcorn from the same container, it is a great moment to teach the kid value of sharing. Show him how sharing only enhances the fun. 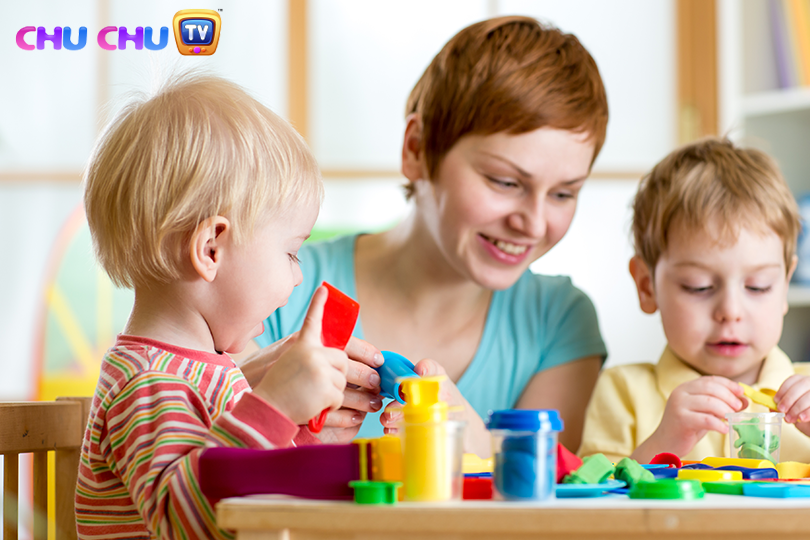 When your kid is playing with a similar aged kid, you need to take an active stance. The wait and watch approach does not work when you are willing to teach your kid a very important lesson in life. You should rather get into the game, ask both the kids to share stuff and show them that giving their favourite toys to the playmate does not mean losing it. Take your kid’s favourite yellow dumper and give it to the other kid, and after a few seconds get it back. This will calm the nerves of your kid.

#7: Do not rush in to interfere 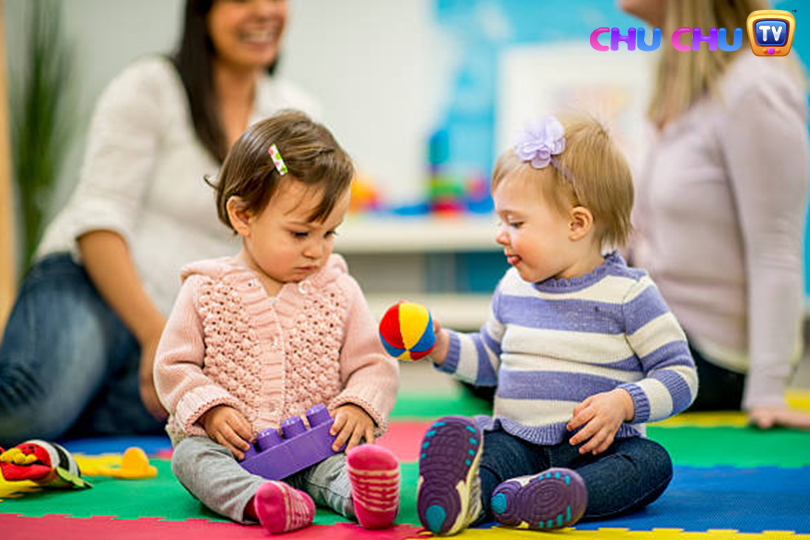 When your child is having a toy squabble with another kid, you should not be too quick in rushing to the rescue. It is wise to stand on the sidelines and watch the kids for some time. Kids too need their space and time, so do not rush into the scene unless there is an absolute need for it. Give the two kids some time, and you might find that they have resolved the conflict on their own. 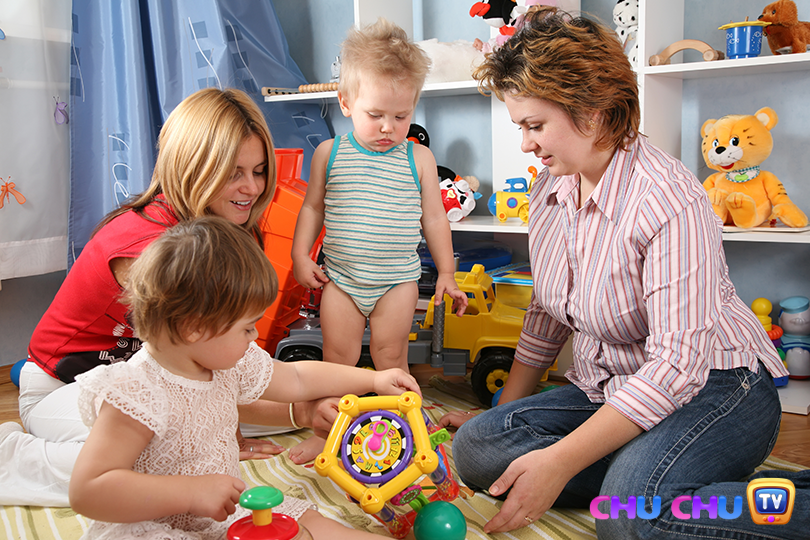 If you are seeing frequent toy squabbles between your kid and his playmate then it is time to think of some ways to address the situation. Now, kids love new toys and they just cannot resist playing with them. So, a good way would be to connect with the playmate’s parents and ask them to send some toys along. When your kid sees the new toys, he will definitely have a desire to play with them. This will lead to sharing of toys between both of them.

#9: Use the Lottery System 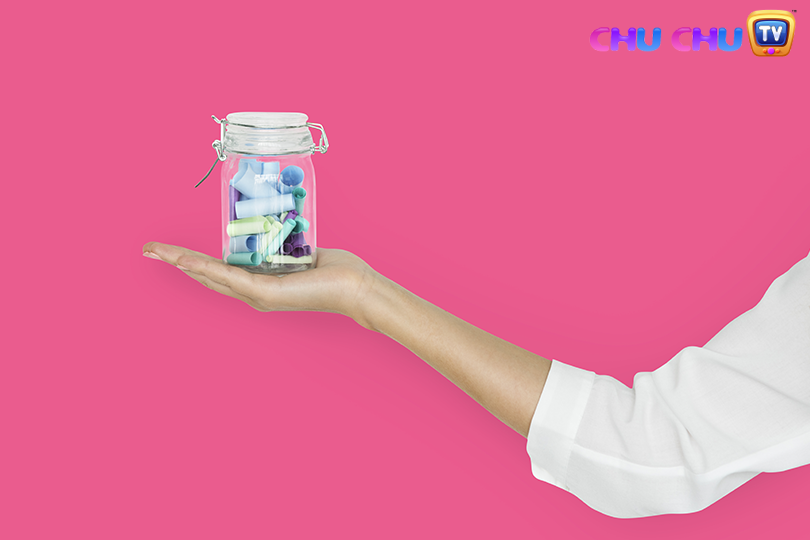 Another clever tactic is to pacify toy squabbles could be the adoption of the lottery system. Whenever there is a conflict, just write down two chits and put them in a bowl. The children get to pick one each and the toy name written in their chit belongs to the kid for the next some minutes. Many kids take the lottery very seriously.

#10: Sharing is a slow process 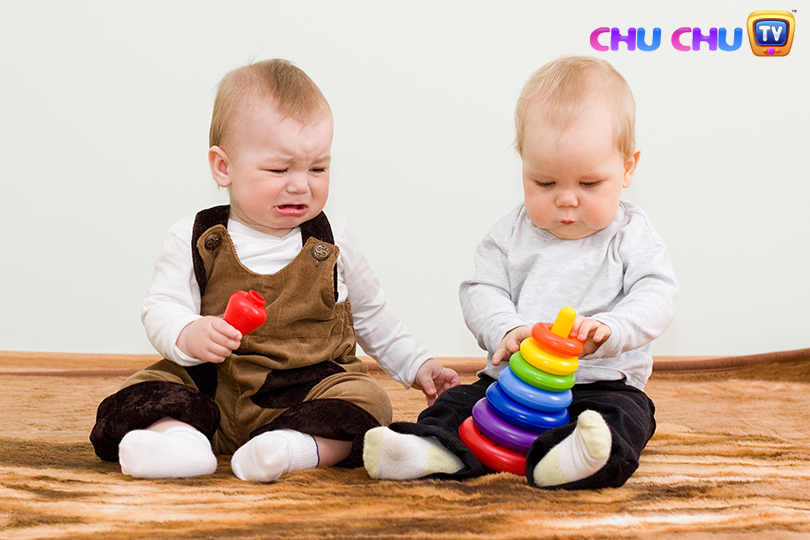 You cannot expect your kid to shed his possessive nature overnight, it will be a gradual development. When you ask the kid to share a biscuit with another kid, you will find that he gives only a small bit. Do not get disheartened at this. It is only the starting, and with your guidance, he will soon learn the art of giving.

There is no point in thinking that a possessive natured kid will always grow up to be a selfish individual. With some simple steps, you can witness a vast change in the behavior of the toddler.